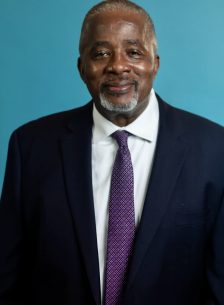 “The Lord will make you prosperous in all that you do.” (Deuteronomy 30:9)

Bennie F. Taylor, 68, passed away on Sunday, November 6, 2022. He was a gifted storyteller, an avid golfer, and a beloved friend, husband, and father. And in every aspect, he fully lived this promise spoken by God.

His son Joey said, “Dad taught me countless lessons on how to be the best man I can be; but most importantly he didn’t just teach with his words, he led by example.”

Those “countless lessons” were the substance of Ben’s upbringing and experiences that enriched his family and everything he touched.

He was born on August 31, 1954, in Athens, Georgia to Mae Marie Stephens and Harry Taylor. The fourth of five children, he and his sisters were raised on a farm by their maternal grandmother, Mattie Stephens. Affectionately called “Joey” by his family, Ben had loving memories of those days with her and his grandfather Joseph Stephens, who passed away when Ben was a child.

It’s an understatement to say that Athens was Ben’s hometown. He graduated from Clark Central High School. Then he attended the University of Georgia on a football scholarship and majored in computer science.

He shined in both subjects, becoming an unapologetic Georgia Bulldog — far surpassing mere fans — and an expert programmer.

From 1993 to 2005, president and chief executive of his own company, Advanced Information Solutions. The firm designed and implemented computer programs for a host of vendors.

In 2022, he retired as an IT project manager with a Project Management Profession (PMP) certification.

Along the way, Ben earned a degree in mathematics from the University of Lynchburg. His impressive resume is proof of his love for education and learning. These qualities are imprinted on his daughter Canaan.

“Dad molded me into the woman I am today, and I will continue to try and make him proud,” she said.

Beyond work, Ben’s competitive nature fueled his passion for sports. He was among the loudest voices in the crowd, especially when “coaching” his children from the bleachers. Skiing was a favorite activity along with beating his brothers-in-law on golf courses in at least three states and two countries.

And traveling was like a mission. He and his family have been to the United Kingdom, France, Italy, and places across the United States.

His living legacy is his wife Cassandra and their two children, Canaan, 24, and Joey, 22.

“Ben always did his best to build me up, bring me joy and love me unconditionally,” said Cassandra. Words of great love and adoration like this will be spoken over Ben as he has gone to meet the Lord.

In lieu of flowers, please consider making a donation to Gentle Shepherd Hospice. Their loving care of Ben was such a blessing, and we are grateful to them for the compassionate treatment he received. Address: 6045 Peters Creek Rd., Roanoke, VA 24019. Phone: 800-789-0586.

A memorial service will be held on Saturday, November 12, 2022, at 12:00 p.m. at Tharp Funeral Home & Crematory, Lynchburg. A visitation will be held one hour prior to the service.

God bless you all 🙏🏾

My thoughts are with you Kay, Canaan and Joey today.

My sincere condolences to Ben’s family! I worked with Ben for several years at BWXT snd was sorry to hear of his passing today. May you cherish your memories of his laughs forever.

My condolences to Ben’s family. I pray for God’s Grace and Mercy during your bereavement and beyond.

Will miss U very much my friend ,RIP.

So sorry for your loss. I worked with Ben for many years at BWXT. We shared many college football stories over the years. He was very proud of his family. I remember stories of ski trips to Snowshoe that were just hilarious. He was a great guy and will be missed by all of us. RJ Roark