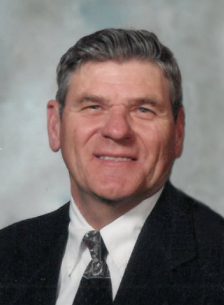 A memorial service will be conducted in Pate Chapel at Thomas Road Baptist Church at 1:00 pm on Friday November 11, 2022. The family will receive friends and family one-hour prior to the service and immediately following the service in Bruner Hall.

In lieu of flowers, please consider donations to the Gideons or Saint Jude’s Children’s Hospital.

Celebrate Bruce's life with a short message, photo or video!

My sincere condolences to the Mayberry family. Talmadge was a true gentleman. He was always generous with his time and wisdom. I have fond memories of Talmadge helping me with woodworking projects when I was young and talking about coins at the coin club more recently. We shared many laughs during those times as his wit was quick and his humor strong. My thoughts and prayers are with you Genelda, Bruce, Sherry, Jerry and the rest of the Mayberry family.

Genalda, I am so sorry for your loss. Keeping you and your family in my prayers. Deepest of sympathy to you all.

Genelda, my love & sympathy to you, as I know your heart is breaking. He was a such a great man and always a friend to My Dad! I know Dad welcomed him to Heaven & without a doubt they are sharing all of their coon hunting nights!

Genelda, We are so sorry for your loss. May God surround you with the hem of His garment and comfort you and your family during the days to come.

Posted by Delores Purvis on November 9, 2022

Genelda, I am so sorry for your loss, Talmadge was a great man. He loved you, his family and God. He was a strong man and fought a long, tough battle. I know you miss him so much, stay strong. My thoughts and prayers are with you in this difficult time. Gail Wright

Condolences to the family. Our hearts are saddened with you.. You family is in our prayers and thoughts.. We love you Ronnie Wanda Lisa Boonie. THE FREEMANS

Dear Genelda. We are so sorry to hear of your loss. We love you and covering you in our prayers thru this difficult time. Please let us know if there is anything we can do for you and your family. Love Doris and Tommy Thompson

Posted by Doris Thompson on November 8, 2022

We are so sorry for your loss. Our thoughts and prayers are with you. Sending heartfelt hugs!

Dearest Genelda, you and the family are in my deepest prayers for comfort and strength during your time of loss. May your beautiful memories bring your comfort in days to come. Love, Shirley