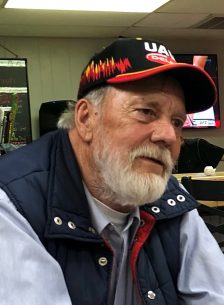 Danny Wilson Garrett, 76, of Montvale, passed away on Tuesday, September 6, 2022, at his residence. He was born on May 4, 1946, to the late Henry Wilson Garrett and Iris Snow Garrett. In addition to his parents, he was preceded in death by his wife, Barbara Diane Damewood Garrett, brother, Henry Wayne Garrett and sister, Nancy Bird.

Celebrate Danny's life with a short message, photo or video!

Danny does not have any posts. Be the first to add one