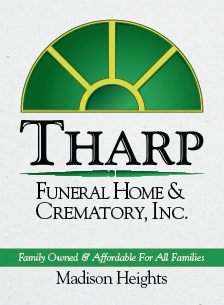 Darrell Jay Roberts (Jay) departed this short life and met his Savior face to face on the morning of August 3, 2022 after a courageous battle with pancreatic cancer. Jay was a resident of Madison Heights, Virginia.

Jay’s legacy will continue well into the future. He was an ordained minister and spent his earlier adult life travelling with his wife as they sang gospel music and ministered together all across the country. Later, he poured his life into countless prison inmates as he ministered with his wife in multiple prisons across the state. Jay also took several trips to Romania to minister there.

Jay attended Amelon Elementary School, Temple Christian School and Graduated from Timberlake Christian Academy and was presented an honorary Bachelor’s degree from Amherst Theological Seminary. Jay completed Army National Guard Basic Training during the summer before he graduated high school but was medically discharged when his first bout with cancer was discovered. He played the guitar, loved to dabble in 1/6th scale models of various types and enjoyed working in his garden.

Jay was preceded in death by his parents, Charles Edward Roberts and Shelby Jean Harris Roberts.

He is survived by his wife of 32 years, Elizabeth Dawn Bowman Roberts, his older brother Larry Dean Roberts and his wife Linda Marie Fluharty Roberts of Madison Heights, and numerous extended family members.

A celebration of Jay’s life will be held at Temple Baptist Church in Madison Heights, Virginia on Saturday, August 13, 2022. Family visitation will be held from 10:00 AM to 11:30 AM and the service will begin at 12:00 noon.

Please send donations to your favorite charity in lieu of flowers.

Celebrate Darrell's life with a short message, photo or video!

Went to school with Jay TCA and would run into him from time to time and always enjoyed his positive smile and catching up. Very sad to hear of his passing but know he’s having a great time now. Prayers with family Joe

Jay is such a special person in our lives. His kindness and laugher is going to be missed more than we could ever put into words. Our family visits and get-togethers will be forever changed. We love you Jay and we'll miss every day until we see you again in Heaven.

Jay was definitely a bright light in this world. When he worked at the airport with my husband years ago, it was never a dull moment. His laughter and smile was contagious. We extend our condolences and prayers.