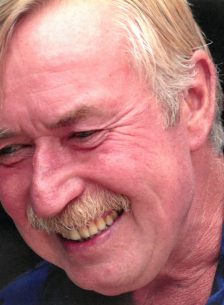 Donald Ray Evans, 72, of Huddleston, peacefully passed away at his home on Monday, December 5th, 2022. He was born on April 20, 1950 in Bedford County. Donnie was preceded in death by his parents, Warren Evans and Elna Witt Evans, and his son, Shane Evans.

He is survived by his wife, Brenda Evans and his daughter, Susan Evans (Lonnis Mitchell, Jr.), of Huddleston. He was blessed with seven siblings, Frank Evans of Concord, Bobby Evans of Evington, Clifton Evans (Linda) of Lynchburg, Chuck Evans (Linda) of Forest, Nancy Hill (Barry) of Bedford, Dennis Evans (Donna) of Evington and Cindy Evans of Altavista. He was also the greatest Papa to his two granddaughters, Taylor Frost and Kaylee Frost, along with three grandsons, Lonnis Mitchell III (Haley), Christopher Mitchell and Logan Mitchell. He is greatly missed by his little buddy, his great-grandson, Lucas Frost. He also had one great-granddaughter, Acelyn Mitchell. He is also survived by numerous nieces and nephews.

Donnie proudly served in the Marine Reserves for six years. He spent his career working at Belvac Production Machinery in Lynchburg from 1974 until he retired in 2012. Donnie had a love for all things outdoors. He enjoyed hunting, fishing, cutting firewood, playing horseshoes with his family on the beach at Emerald Isle and working in his yard, of which he was very proud of.

Donnie was described by one of his brothers as the “Bull” of the family. He was tough as nails with a heart of gold. He was a leader, mentor, and friend. He was always full of strength and perseverance. He overcame every obstacle he ever faced. Donnie had a smile that could light up a room.

He will be greatly missed by his family and furbabies Nick, Grayson, Bailey and Sophie, who was his constant companion.

Visitation will be Friday, December 9th from 12:00 until 2:00 at Tharp Funeral Home, 320 North Bridge Street, Bedford. A celebration of life service will begin at 2:00. In lieu of flowers, the family requests contributions be made to local animal shelters and humane societies.

The family would like to thank Centra Hospice and the awesome staff at Pearson Cancer Center.

Celebrate Donald's life with a short message, photo or video!

Prayers for the family. He will be missed. Enjoyed working with him while he was still @ Belvac.

Susan, I am so sorry for your loss! I went to school with his brother. Prayers at this difficult time!

Prayers for the Family of such a wonderful man,we were blessed to be a part of his life for so many years.The man The myth ,The Legend Donnie.we love you

Posted by Susan phillips on December 9, 2022

What can I say? Years and years of great memories. Thanksgiving, Christmas at Elna's and Grandma Witt's, trips to the Peaks and throw in a black 57 Chev. Great memories of Donnie. I am so sorry to see his life end on earth but know that is he in so much a better place. My prayers go out to you, Brenda, Susan and the entire family.

Sorry for your loss. I remember how you told me how hard he worked to build your house and working hard on his job. I know you will miss him. You and your family are in my prayers

So sorry for your loss. Brenda, Susan and family, you are al in my thoughts and prayers. Donnie will be very missed. I remember when he and Bobby used to come to visit Aunt Maria and we would all go to Shea stadium for the Mets game. Big hugs and much love to you all.❤️🙏😪❤️

My Heart felt sympathy goes out to The Evans Family! Donnie was a great man and will be missed ! My thoughts and prayers are with you all during this time and the days ahead ! Love and prayers

So sorry for your loss. Keeping you all in our thoughts and prayers through this difficult time. We love you❤️

Posted by Ronnie and Robin Leinard on December 7, 2022

Posted by Pat Whitehouse on December 7, 2022

Deepest condolences to family and friends, praying for you all