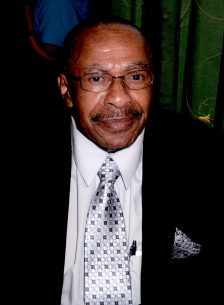 God saw the road was getting rough;

The hills were hard to climb, so He

took him gently in His arms and

On Sunday, April 24, 2022, God in his infinite wisdom and divine love took the hand of Frank Steve Morgan to his eternal home, at the Lynchburg General Hospital, Lynchburg, Virginia. He was born on May 21, 1945, in Campbell County to the late Frank Morgan and Rosa Lee Graves Morgan.

At an early age he joined the Hills Creek Baptist Church, Gladys Virginia and remained a member until his death.

He graduated from Campbell County High School. After Graduation he joined the United States Navy.

After returning from the navy, he attended the Johnson Business School in Washington, DC.

In 1969 he was united in Holy Matrimony to Bertha Clark. To this united four sons, Steven Jr., Bryant, Warrick, and Andre.

CRYPTO RECOVERY IS REAL Mr Morris Gray a is Certified and Trusted Recovery Agent Y’all email MorrisGray830 @ Gmail dot com Or WhatsApp: +1 (607) 698-0239, After loosing A lot, to an unregulated broker platform, I saw testimonials about Mr Morris Gray. So I sent him a dm, and also sent him all he needed for the recovery. After 72hours of him working. I was called by the bank confirming the payments in my account, Quick satisfaction on every successful withdrawal with him, you can reach him quickly on WhatsApp via : +1 (607) 698-0239.!!!

GET RICH WITH BLANK ATM CARD . What'sApp : +393512615163 I want to testify about Dark Web blank atm cards which can withdraw money from any atm machines around the world. I was very poor before and have no job. I saw so much testimony about how Dark Web hackers send them the atm blank card and use it to collect money in any atm machine and become rich. Email : [email protected] Hangout : [email protected] What'sApp : +393512615163 They also sent me the blank atm card. I have used it to get 90,000 dollars. withdraw the maximum of 5,000 USD daily. The Dark Web is giving out cards just to help the poor. Hack and take money directly from any atm machine vault with the use of an atm programmed card which runs in automatic mode.

Special thanks to HACK VANISH, a professional hacker I’ve been hiring for the past 2 years because, I find him to be an outstanding hacker who has aided me in various hacking related issues, ranging from fixing my poor FICO credit score of about 437 TransUnion, 462 Equifax to 802 plus excellent score, tracking my cheating husband’s phone and currently has helped me recover my lost crypto funds from an online scam investment I recently ventured into, I must confess he is the best, quite brilliant, ever since I discovered him through a positive review I saw on Wallet Hub and reached out to him via Email: HACKVANISH @ GMAIL. COM, and Phone: +1(747) 293-8514, to which he responded in less than 10mins, I have never regretted working with him, he’s been quite helpful and highly efficient. I Would recommend his services to anyone without hesitation.

I worked with Frank a number of years @ BWXT. Frank was an Excellent employee. Very dedicated and a work ethic of, "Let's get it done". Frank was a natural leader and always step forward to lead his work group. Frank was very dedicated to his Family and an Excellent Provider. His Faith in the God Almighty was never never in QUESTION. I am a better person today because of my Friendship , Campionship and Admiration of Frank Morgan!!!