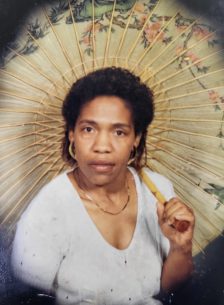 Mary was proceeded in death by two sisters, Gracie Dillard and Emma Stalks and one granddaughter, Cynia Monique Wright.

Mary and her siblings grew up in Gladys, Virginia. She attended and graduated from Campbell County High School in Rustburg, Virginia. Mary eventually relocated to Lynchburg where she raised her two caring and devoted sons. She was employed by Central Virginia Training Center for thirty-two years until retirement. During her time of employment, she touched so many lives. Mary supervised numerous employees and instilled in them the value of having patience, respect and understanding as they cared for those that relied on them daily. She was member of Rivermont Baptist Church.

Mary was affectionately referred to as Mary Wright, Mary Catherine and many of her family members called her Callie. To know her was to love her. The love felt and extended to Mary was returned to others ten-fold. Her entire family can attest to her genuine devotion and love for all.

Mary shared a special bond with her sister-in-law, Mrs. Patricia Dillard. They were more like sisters and when the time permitted you could find them out shopping and traveling together. Her devoted niece, Ms. Demetrius Wright, as well as other nieces and nephews held a special place in her heart.

The family would like to extend a heartfelt thank you to Patricia and Demetrius for the care, concern and love shown to Mary over the years and for being there during her time of illness.

My deepest condolences to the Dillard and Wright family! BLESSINGS

Mary "Ma" Wright, It has been a pleasure and a true blessing to know you. Our talks and laughs will always be cherished. You always knew exactly what to say. There will be many things to reflect on and talk about, and you will be the first to come to mind. So many lonely days are ahead of us, knowing that you're not here. Death may have taken you from us, but it could never take away the memories. You will always have your special place in my heart. This is not a goodbye, just a see you later. May your soul rest in peace. Forever Loving and Missing You, Nicole

GRANDMA MARY AS I ALWAYS CALLED HER BECAUSE WE SHARED A GRANDSON (DEMONTE) AND OUR FRIENDSHIP GREW CLOSER AND CLOSER. GRANDMA MARY YOU ARE AND WILL BE MISSED SORELY. TO HUGH AND CHUCK I PRAY FOR COMFORT THAT ONLY GOD CAN GIVE. JUST KNOW THAT IM HERE AS WELL

My Cousin Mary Catherine Who Now Rest In Heaven (RIH) Where You Are Free of Pain and has Eternal Blessings of Health and Wholeness I Love you and Will Miss Our Talks and Laughter. To My Family: I pray God’s Supernatural Comfort & Supernatural Peace continually remain our portion from the Lord who will never leave us Comfortless and will Supply All Our Needs. Family Embrace His Love and Power Daily I Love Each Of You .

Vivian and Jean ,I am so sorry for the loss of your sister.I will keep you and your family in my prayers.