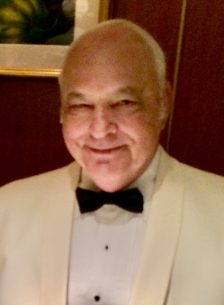 Nicholas Peter DiCini, 86, of Lynchburg passed away at his residence on Saturday, January 14, 2023. He is survived by his wife of 62 years Joanne DiCini.

Born in Weatherly, PA on December 22, 1936 he was the son of the late Nicholas A. DiCini and Hortense DiCini. He was a Veteran of the U.S. Navy and retired from General Electric after 38 years. He was a member of Holy Cross Catholic Church and the Knights of Columbus where he was a Grand Knight and District Deputy. Nicholas also coached youth basketball, soccer, and baseball. Nicholas was also a JV Girls Basketball Coach at Holy Cross School. He was an avid fisherman all his life.  He loved bowling and traveling with his wife, children and grandchildren.

He was preceded in death by a sister, Angeline Boyle.

Celebrate Nicholas's life with a short message, photo or video!

Praying for grace and peace for his family. Nick is in the comfort of God's care.