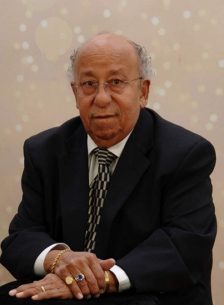 Richard Hicks, Sr., 82, of Lynchburg, VA, transitioned on October 15, 2022. He was the son of the late James Oakley and Ruby Mosby Hicks from Lynchburg, VA. He was reared by his legal guardians Addie and Jennie Warfield and was the husband of Lucy Langhorne Hicks for 59 years.

Richard Hicks, Sr. was born on June 9, 1940, in Lynchburg, VA. He attended Lynchburg City Schools and graduated from Dunbar High School in 1958. He attended classes at Central Virginia Community College and Virginia University of Lynchburg.

He was a faithful member of Rivermont Baptist Church where he was baptized on November 5, 1950. He grew strong in the Lord under the leadership of the Old Saints: Mosby, Glover, Dane, Green, Diuguid, Farrar, and many more.

Richard attended Sunday School, Vacation Bible School, sang in the Sunbeam Choir, was an usher, and later became President of the Senior Usher’s Ministry. He also sang in the Senior Choir, Men’s Chorus, and the Sanctuary Choir.

He was ordained as a Deacon in 1975 and later became Chairman of the Deacon’s Ministry. He always put God first.

Richard worked at General Electric in Lynchburg, VA, for 38 years. He passed his strong work ethic to his family. He was not afraid of hard work. In his youth, he held a variety of jobs such as cook, gas station attendant, and a commercial bus driver. He was a dedicated husband and father who always supported his loved ones.

He was an avid hunter and fisherman who enjoyed hunting on the weekends. He raised beagles to accompany him on his hunting trips. Richard was a dedicated “Washington Redskins” football fan and supported his team for many decades no matter what.

Richard participated in several volunteer and community activities. He was a volunteer election poll worker, drove for Meals on Wheels, volunteered at Lynchburg General Hospital, and was a Board member at Virginia University of Lynchburg. He was an active member of the Robert F. Braxton Lodge #318 of Madison Heights, VA. He was an active supporter of his children’s participation in the Lynchburg chapters of the Boy Scouts and Girl Scouts and was an enthusiastic supporter of all of his children’s extracurricular activities.

In addition to his wife, Lucy Langhorne Hicks, Richard is survived by his children: Richard Hicks, Jr., (Christine) of Honolulu, HI, and Jewelle Hicks of Fairfax, VA. His siblings, David Jackson (Rhunette), Nathania McGaughy and sister-in-law, Ann Patterson. He was preceded in death by siblings Fred Patterson, Jimmy Hicks, and Albert McBride. He is survived by a host of nieces, nephews, cousins, other relatives, and many loving friends.

Pastor Ricky and Sister Christine Hicks, Sending you love and comfort to the both of you, as well as your mother and family, during this time as your father, Ricky Hicks, Sr., has transitioned to be with our God and His Son, Jesus Christ, where he may rest in peace. I'd like to add that the video tribute was astounding - your father seemed to have lived a rewarding life which I'm sure you will cherish with wonderful memories. Sincerely, Juanita

It is with heartfelt condolences that we send this message. We regret that we could not be with you today. However, know that we love you and call you friend.

Posted by Joseph and Kathleen High on October 22, 2022

We extend condolence to the Hicks family in the loss of their loved one, Richard. When we leave this earth, the love we've given and received remains behind to light the lives of those we touched- each memory a candle burning bright. May you fine comfort in God's Word. Levi & Phyllis

To my brother Ricky Hicks Hr (Christine), and to Jewel Hicks, and to Mrs. Lucy Hicks. It is with great sadness that I send you this condolence on behalf of your husband, father, and sthe many that were blessed to cross paths with and encounter Deacon Richard Hicks Sr. Please know that my thoughts and prayers are with you and for you.

To: Lucy, Ricky and Jewelle, I was saddened to hear of your Beloved husband and Dad's transition. I know he meant the world to his family. I am praying that God will continue to hold you all in HIS loving care.

To the Hicks family, I give my deepest condolences to you all. I enjoyed being in bible study with Deacon Hicks at Bolling Hill Baptist church. The stories and comments that he shared were always encouraging.

Dear Lucy, I was saddened to hear of Richard's passing. You know my husband's name was Richard, also. I have so many memories of times spent in Rivermont over the years. He was a good and fun guy. We are all blessed he passed our way in church and school. Looking back over the seasons in our lives makes me smile. So you do the same in the days to come. I will continue to pray for God's continue strength for you and your family.

To Pastor Ricky and Wife Christine: The FIBC Pastor and people send our sincerest condolences on the passing of your father. Please know that we are praying for your mother and entire family. With our love, Pastors Warren and Karen Stewart

The American Baptist Home Mission Societies' Ecclesiastical Endorser, Dr. Patricia Murphy, Dr. Jeffrey Haggray, Executive Director, Dr. Janet McCormack, Chair of the Endorsement Committee along with the Endorsement Committee Members, sends prayers and condolences to Rev. Richard & Christine Hicks, Jr. and your beloved family at the loss of your father, Deacon Richard Hicks, Sr. Please find comfort in the scripture as recorded in Revelation 21:4 respectively: "And God shall wipe away all tears from their eyes; and there shall be no more death, neither sorrow nor crying, neither shall there be any more pain, for the former things are passed away." Prayerfully submitted, Rev. Dr. Patricia Murphy

Sincere condolences 🙏. Our thoughts and prayers are with you. Clyde and Earline

Sincere condolences 🙏. Our thoughts and prayers are with you. Clyde and Earline

Our Rivermont Village is sadden to hear of the passing of our “Dick Richard “Hicks. My mother, Corrine Miller Saunders, her parents & brothers and sister thought of Dick Richard as family. The Walfields, Fowler & Miller families were a close community, always watching after and taking care of each other - no matter what … We know Richard fought the good fight and he will be sorely missed . We will continue to keep Lucy , Jewel, Ricky and the entire family in our prayers . Deidre Saunders & Veronica Saunders Minor

Our deepest sympathy and condolences to Lucy and her family.

Our thoughts and prayers are with you. Deepest sympathy for your loss.

Posted by Darnell, Barbara, Latoya and Dj Horsley on October 20, 2022

My sincere condolences and prayers to you and your family. May God give you all the comfort and strength to get through this difficult time.

To the family of Dea. Richard Hicks we would like to express our sympathy and prayers for this wonderful family. Continue to trust in the Lord an He will see you through. Carlton, Geraldine Jackson and the Pleasant valley Baptist Church.

Most dear Lucy L. Hicks and family, it is with precious, and beautiful memories of Richard we send our deepest condolences to you at this difficult time of loss. Richard, my friend from childhood, and beyond now at rest, peace, and his God will be missed. May our thoughts and prayers for enduring strength be with you. With love from Clayton Taliaferro and sisters.

Posted by Clayton Taliaferro on October 19, 2022

Most dear Lucy L. Hicks and family, it is with precious, and beautiful memories of Richard we send our deepest condolences to you at this difficult time of loss. Richard, my friend from childhood, and beyond now at rest, peace, and his God will be missed. May our thoughts and prayers for enduring strength be with you. With love from Clayton Taliaferro and sisters.

Posted by Clayton Taliaferro on October 19, 2022

Dear Rev. Ricky (and Christine), we send our deepest condolences and lift you and your family in prayer as you celebrate the life and legacy of your father. May the Lord comfort and keep you during this time. With love from Berean and the Robinson family (Craig, Peggy, Shiloh, Christian, and Kalea)

Praying for your family doing this time of bereavement. May God bless and keep you. Howard and Doris Smith and family

Deepest condolences Lucy, Ricky, Jr. and Jewelle in the death of Richard, Sr. He was a sweet and fun loving person and will be greatly missed. Judy

Condolences to the Hicks family, My wife and I worked with him at GE & Ericsson, he was well thought of. Your family are in are thoughts and prayers

Mrs Hicks, Ricky and Jewel - we are so sorry to learn of padding of Deacon Richard. Please know you all have our deepest sympathy. We shall never forget your hospitality and wit. May God comfort you and keep you in His care.

Sending my condolences to you Jewell, your dear mother Ms Lucy and the rest of your family. 💕💚

My deepest sympathies and prayers to the family I met Mr Hicks years ago via his wife such a nice and kind man he will be missed. 🙏♥️

My deepest condolences to the Hicks family 🙏🏽 Loretta Preston and family

We are sending our sincere condolences to all of you during this time. 🙏

Posted by Marva Blair and Fay Blair Togers on October 18, 2022

To Mrs. Hicks, Ricky, Jewelle and your families. Please accept my sincerest condolences on the passing of Mr. Hicks. I appreciate all of the kindness you showed my family when we lived in Lynchburg and over the passing years. I will forever remember our Sunday dinners over your house and the way you and Mr. Hicks became our surrogate parents. I love you all. ~Kellie

Condolences to the Hicks Family. You are in my prayers

You and your family are in my prayers at this time for your loss. God bless you and comfort you.

It is with deepest sympathy we express our condolences to the Hicks family. You are in our prayers Rev Howard E. Bolden Jr. Pastor Shiloh Baptist Church Lynch Station, Va.

With sympathy, we express our sorrow at Richard’s passing. Our prayers are with the family.

We extend our deepest sympathy in the time of your loss. Mrs. Hicks, Jewelle, Ricky and Christine, let the memories of your husband and father bring you comfort now and in time to come. You will be continue to be in our thoughts and prayers.

Posted by Aubrey and Linda Jackson on October 18, 2022

We are praying for you and your family in your great loss. Underneath are His everlasting arms. Pastor Harshaw 🙏🏾🙏🏾🙏🏾

The Lyons family send condolences to the Hicks for the lost of Good man, father, and wonderful person. May God completely bless the family through this home going to the Holy Father and Savior Jesus Christ. Peace and Love forever.

Our prayers and thoughts are with you. May God continue to shower you with his richest blessings

Posted by Willie and Janice Sinclair on October 17, 2022

Our prayers are with you and the family. Mom will reach out at a later date.

Posted by Barbara Tinsley and Eric Kang on October 17, 2022