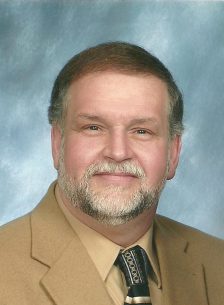 Robert Stanley Eagle, 65, of Madison Heights, passed away peacefully January 12, 2023, at home with his family.

Stan was born on June 1, 1957, in Lynchburg, Virginia to Robert Asa Eagle and Frances Templeton. He was preceded in death by his parents, and by his sister, Cheryl Staton.

As a boy, Stan was a member of the United Methodist Youth Choir and was known for his love of cars and drag racing. He married his childhood sweetheart, Carol Eagle, on May 13, 1978, and they had one daughter, Tracy. They were married for 44 years. He was a member of Grace Baptist Church, where they served in the youth ministry, and later Temple Baptist Church.

Stan served as a firefighter for over 30 years, serving in the Concord, Amherst, Pedlar, and Gladstone Fire Departments. He loved his time on the fire service and recounted stories about it often. He was also an automotive mechanic in both Amherst and Madison Heights, where he made many friends from the customers he served. Stan was known for his sense of humor and his willingness to help a friend. Often referred to as “Stan the Man,” he was someone that could be counted on in times of need. Stan loved his family very much, especially enjoying the presence of his grandchildren in his later years.

Mr. Eagle is survived by his wife, Carol, of Madison Heights; his daughter, Tracy, and husband, Bradford of Waynesboro; five grandchildren, Adrianna, and her husband Brandon, Makayla, Logan, Chloe, and Oakland; three step-grandchildren, Martin, Matthew, and BrennaLynne, many special friends, and his beloved cat, Tigger.

A memorial service will be held at Temple Baptist Church in Madison Heights with Pastor John Pickett officiating on Saturday, January 21st at 11:00 AM. The family will receive friends one hour prior to the service.

Mr. Eagle requested that special thanks be given to his wife, Carol, for her faithful caregiving and dedication, as well as to his oldest granddaughter, Adrianna, and her husband, Brandon, for opening their home for his care. He also wanted to thank Temple Baptist Church for their support and prayers. Memorial contributions may be made to the Amherst County or Lynchburg Humane Society.

So sorry to hear about a Tyreeanna neighborhood guy passing away. Stanley was such a sweet person during his early years. Hadn't seen him in decades. God Bless him and God Bless his family. Prayers.