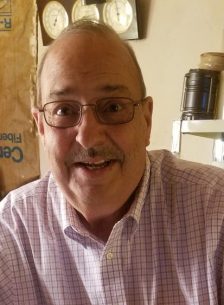 Stuart “Stu” “Mr. Pid” Robert Bowler passed away unexpectedly on January 16, 2023, after a brief illness at Lynchburg General Hospital.
Stu is survived by his beloved wife of 55 years, Sharon Sperling Bowler; his daughters, Stephanie Clisso (Tony) & Stacie Gaddy (Travis); his grandchildren, TJ Clisso; Alix Clisso; Kerry Cofer (Jordan); Karlie Cofer (Carlos Cifuentes); and great granddaughter, Luna Cifuentes; brother, Retired Lt. Col., Joseph L. Bowler, Jr. (Holly); special niece & nephew, Hilary Jolly (Christian) & Blake Bowler (Erin); a niece and several other nephews; brothers/sisters-in-law; and extended family. He was preceded in death by his parents, Major Joseph L. and Madelyn Lichty Bowler.
Stu graduated in 1967 from Electronics Institute in Harrisburg, PA. In 1968, he moved his family to Lynchburg, VA to take a job with GE and later worked for Babcock & Wilcox before transitioning to work in the nuclear industry until his retirement in December 2022. He had various positions in the nuclear field that required extensive travel and in his final years he was a data analyst.
A viewing and church service will be held on Saturday, January 28, 2023, at 1 p.m. at Holy Trinity Lutheran Church with Pastor Dennis S. Roberts officiating. The church is located at 1000 Langhorne Road, Lynchburg, VA.
In lieu of flowers, the family requests that donations be made to the American Cancer Society, Wounded Warriors, Holy Trinity Lutheran Church, or a charity of your choice.
Tharp Funeral Home & Crematory, Lynchburg is assisting the family.

Sharon and Family, Stu's picture could not be more PERFECT!!!! It's very appropriate Pastor Roberts included "grilling" in his message. Stu loved to grill. We shared many wonderful meals together. Stu also loved his fireworks. The one July 4th our Beauty was not a fan! We had our own show in the backyard. Then went to watch Port Carbon's. So many memories of all the holidays we shared. Stu's memorial service was beautiful. Love and prayers to all of you.

Dear Sharon, We were shocked by the passing of Stu so suddenly. Our thoughts and prayers are with you during most difficult time. May your loving memories carry you through each day as he will always be with you in your heart and spirit. Take Care of yourself and many prayers to you and your family. Love, from Texas.

Dear Stacie and Family, I am truly sorry to read of the sudden passing of your father. It is never easy to lose someone of whom you love so dearly. Please know that you and your family are in my prayers. I miss seeing you and Travis. Deepest Sympathy and Prayers, Sue J. Hall Pfeiffer (former Co-Worker)

Dear Sharon & Family: Please accept our deepest sympathies during this very sad time for your family. I know many years have separated the Edwards Avenue "gang", but the memories of those times, such good friends, and the families persist, even today. Our hope for you is your enduring love, joyous memories, family, and your many friends give you strength now, and in future days. God's Peace and Love, Peg & Olga

Sharon, I am so sorry to hear about Stuart death. Although we only met the one time I saw how much love and compassion the two of you had for one another. Please accept my deepest condolences for you and your family.