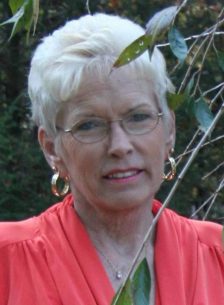 Sylvia Hackworth Henderson, 75, of Madison Heights passed away Thursday, April 28, 2022. She was the wife of Rodger D. Henderson.

Sylvia was born March 26, 1947, in Lynchburg a daughter of the late David Ward Hackworth and Annie Case Hackworth. Sylvia was retired after 28 years’ service as a restaurant manager at Days Inn in Lynchburg.

In accordance with her wishes, services will be private.

Celebrate Sylvia's life with a short message, photo or video!

Roger and family, sorry to see the passing of Syliva. I enjoyed working with her at Post 16. She was a great worker and a special person.

So sorry for your loss Roger. She will be be missed by all of her friends. I have know Sylvia since the late 80s when she ran the restaurant at days inn as I worked at Davis paint mfg. Then as friends at the marine center, 715 Moose and American legion. I am also one of the girls that do brunch at Charley's. So you can see why see will never be forgotten by all of us.

Sylvia was the sweetest lady. I have so many wonderful memories of our good times. Heaven gained a special Angel. Prayers to her family. She will be missed dearly.

Sylvia was one of the nicest and sweetest lady I have ever met! We will surely miss her!!