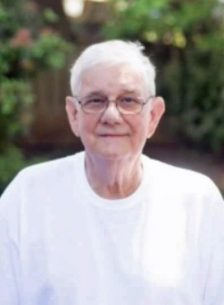 John was born February 28, 1945, in Lynchburg, VA, oldest son of the late John Daniel White Jr. and the late Elizabeth Ralph White.  He was a graduate of EC Glass High School (Class of ‘65) and went on to serve in the U.S. Army. After his service, he returned to Lynchburg where he married his sweetheart, and they started a family. John spent most of his professional career working as an estimator and project manager in the construction industry and retired from JE Jamerson & Son in 2005.

John was preceded in death by his brother, Link White, and his nephew, Brian Brooks.

John was many things to many people, but most people will agree that he was intelligent, kind, and strong. He had a great laugh that not nearly enough people got to hear, and the most beautiful blue eyes that unfortunately did not get passed along to either of his children. He did however pass along his strong work ethic, sense of right and wrong, and integrity.

John’s most fierce ally and friend was his wife, Jane, who he loved with all of his heart. They were partners in every sense of the word, and, in a surprise to no one, she has been by his side throughout his health issues.

John was also very close with his brothers, Link and Dicky. And while Link preceded him in death, his relationship with Dicky had just grown stronger in recent years.

Over the course of his life, he learned to fly and sail – both of which brought him great peace; spent countless hours operating amateur radios; volunteered extensively with the Red Cross; and somehow always managed to be in just the right place to help animals when they needed him most.

A celebration of John’s life will be conducted at Tharp Funeral Home in Lynchburg at 2:00 PM on Tuesday, January 25, 2022, with Rev. Adam White officiating.

In lieu of flowers, the family asks that memorial contributions be made in his memory to the American Red Cross or the Lynchburg Humane Society.

A celebration of John's life will be conducted at Tharp Funeral Home in Lynchburg at 2:00 PM on Tuesday, January 25, 2022, with Rev. Adam White officiating. The family requests that those attending the service please wear a mask.

Dear Jane and family, We are so very sorry to hear of your loss. May God lift you up and put His arms around you at this very sad time. You are in our thoughts and prayers.

So sorry to hear about John. Thoughts & prayers are with Jane & the family. I was in John’s class at E. C. Glass. Our class was very large but, we were like one big family.

Dear Jane, I'm sorry to hear about your husband's death. My thoughts and prayers are with you as you as you grieve. I hope you will find comfort in the days to come. Sincerely, Ellen DeLuca (LC retired nursing faculty)

Jane & Family sorry to hear about John’s passing. Take one day at a time to reflect on the Great Memories you y’all shared. He was a Great Husband & Father. Sending Love and Prayers

the American Red Cross is very sorry to hear of John's passing. many of us enjoyed serving along side of him during the year's that he shared the gift of his time assisting and serving others as a Red Crosser. our thoughts and prayers are with the Family.

Our condolences to you, Jane, and the kids. We missed seeing you both the past number of years. So sorry John and I can't catch up. We are thinking of you. Love, Judy and Gresham

John was good man to work with at Peck's Dept. store, and a fine Vietnam veteran. May God bless and comfort each of you in his family. I think we can say "welcome home" to John as a veteran, and also to his going home for eternity. Mickey Ryan

John & I graduated from EC Glass together and joined the Army simultaneously within weeks thereafter. Our paths crossed again a couple of months later at Fort Gordon, Georgia, what a wonderful surprise. Even then he was so devoted to Jane the focus of his young life, the Army and Vietnam secondary. He was a very good man, and I am proud to call him my friend.

We are so sorry about your husband's passing. We will keep you in our thoughts and prayers.

My deepest condolences Jane on the death of your husband. My his memory be a blessing.

My deepest condolences Jane on the death of your husband. My his memory be a blessing.

Jane, I am so sorry to read of John's passing - sending my thoughts and prayers for you and your family. May God bless you with comfort and peace in the coming days. Penny

Jane we are deeply sorry to hear of John's passing and your loss. We have some great memories of you 2 and times together. Jim and Betty

Jane we are deeply sorry to hear of John's passing and your loss. We have some great memories of you 2 and times together. Jim and Betty

Jane, and family, my thoughts and prayers are with you. Although I didn't know John growing up, I treasure the time getting to know him while working on the HS reunion. He was a good, humble man who did good work. I will miss him.

Jane I am so sorry to hear about John. My thoughts and prayers are with you and your family. Love you

Jane, My deepest condolences in John’s passing. I pray that you and your family find strength during these trying times.

Jane , so sorry to learn of John's passing. You and your family are in my prayers

Jane ,Laura and Scott, I am so sorry for your loss. John was a very nice person. Sendings prayers for you all at this difficult time.

Jane thinking of you and the family sending prayers for strength and peace. Much love Tammy

Jane, thinking of you and your Family. You are in my thoughts and prayers.

I am sorry to hear. about John. He was a great person and good friend

Jane, Scott and Laura. I am sorry to hear about John's passing. He was a great mentor to me.

Jane, I am so sorry to hear of the loss of your husband. Please know that I will be praying for you and your family.

Jane . So sorry hearing of Johns passing. My deepest sympathies to you and family.